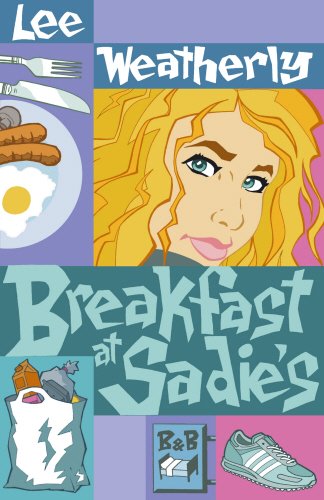 Sadie is fourteen years old and unhappy at school. Her dad died four years ago, and she lives alone with her mum in their seaside bed and breakfast. Her mum thinks Sadie doesn’t try hard enough at anything she does, and her teachers think she’s bone idle. As for Sadie herself – she can’t believe that she’s any good at anything, even though she tries SO hard.

Suddenly her mum becomes seriously ill and has to go into hospital. Sadie’s Aunt Leona is supposed to take care of the business until she’s well, but it doesn’t quite work out that way… and before she knows it, Sadie is left on her own in charge. How will she cope without her school finding out? Or her mum realising that something is wrong? Marcus, the techno-geek from next door, tries to help, as does her clever best friend Milly, but ultimately it is Sadie who is put to the test as she copes with more than she ever thought possible.

Hilarious, moving and poignant, this is a wonderful story about a girl who overcomes all odds and achieves success in more ways than one.