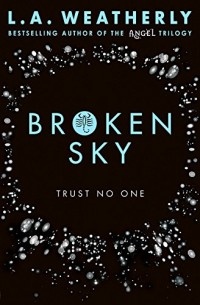 Welcome to a ‘perfect’ world.Where war is illegal, where harmony rules. And where your date of birth marks your destiny. But nothing is perfect. And in a world this broken, who can Amity trust?

From the bestselling author of the Angel trilogy comes Broken Sky – an exhilarating epic set in a daring and distorted echo of 1940s America and first in a new trilogy. 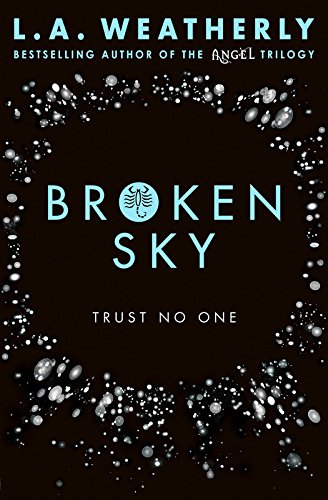 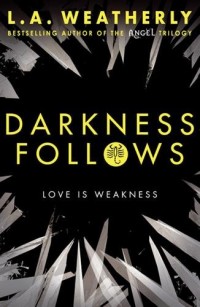 Welcome to Harmony 5: a secure prison camp where the rebellious and the Discordant are broken. Amity is their newest inmate.

The rules are simple here: obedience or death. Anyone caught trying to escape is executed. But former Peacefighter, Ingo, is prepared to risk everything for freedom. And in a world this dark, what has Amity got to lose?

A chilling and compelling journey of revenge, survival and love. 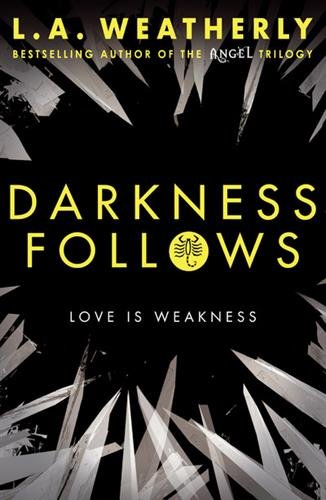 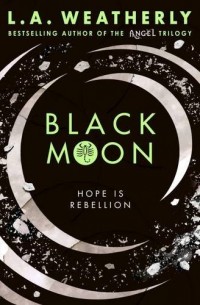 Welcome to New Manhattan, home of Dictator Kay Pierce, and her enemies in the Resistance… Leading them is Amity. Working undercover for them is the man who betrayed her. Because even when her world is broken, Amity will risk her life to fix it. Set in a daring and distorted echo of 1940s America, Black Moon brings this epic series of corruption, romance and intrigue to an explosive finale. 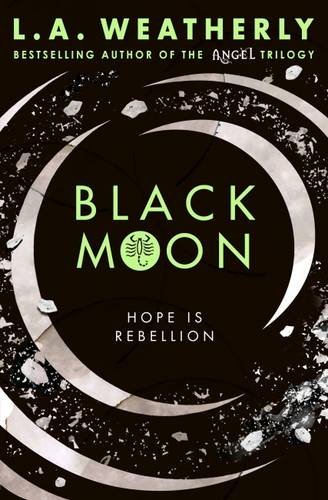 Welcome to a ‘perfect’ world. Where war is illegal, where harmony rules. And where your date of birth marks your destiny. But nothing is perfect. And in a world this broken, who can Amity trust?

The Broken Trilogy is an exhilarating epic set in a daring and distorted echo of 1940s America.

The Story Behind The Broken Trilogy

One night, while having dinner with my husband at our favourite Thai restaurant, this thought suddenly popped into my head: “What if there was a world where conflicts between nations were resolved by two fighter pilots going up against each other?” I think I may have gasped out loud. Then I got very excited and interrupted whatever my husband was saying to enthuse about my new story idea the rest of the night. (He’s used to it. He’s married to a writer.)

From the start, I knew that my characters’ airplanes – the fictional Firedoves – would be Spitfires in disguise. This gave me a whole feel, an era: fedora hats and seamed stockings and big band music. And a story arc: the series would be a distorted echo of WWII. To help define the world, I borrowed liberally from film noir’s distinctive, seductive atmosphere: alternating bars of light and shadow from a half-closed window blind; steam rising from a subway grate; slowly-turning ceiling fans in smoky rooms …and, of course, murder, corruption, and passion.

I’m not a pilot, so the flying scenes needed copious research. I read memoirs by Spitfire pilots; I kept a Spitfire instruction manual on my desk at all times for easy reference. I spoke to experts and even got to fly in a Spit. We did barrel rolls and a victory roll. I SCREAMED.

Writing allows you to live other lives. For over three awesome years, I got to be a female fighter pilot named Amity Vancour. My inspiration for Amity came partly from the story itself: by definition, good fighter pilots have to be brave, skilled and kind of adrenaline junkies.

But as I attempted the first draft, something wasn’t clicking. At that point, Amity was called Danni, which I finally realised didn’t match the story’s 1940s feel, or its society’s focus on peace. Renamed “Amity”, she suddenly sprang into focus. I knew her, inside and out: idealistic, politically-engaged, a touch socially awkward – someone who struggles with small talk but relishes a good debate and going out dancing.

I didn’t want a love triangle, but knew early on I’d have two main male leads. Both Collie and Ingo came to life unusually vividly for me, doing and saying things I didn’t expect. Amity’s shifting relationships with each were SO much fun to write.

I’ve loved being in this strong young woman’s mind, even when she’s been taken to the depths. Losing faith in the system carries a heavy emotional price for her – but my girl’s tough. I probably admire Amity the most of any of my characters. When the world’s going up in flames, this kick-ass young pilot is an excellent person to have on your side.

I really wanted a 1940s feel for the story – I love the films and look of that era. I could have just written it as an alternative history, but I kept envisioning a not-quite-as-we-know-it 1940s world, set against the ruins of our own. That felt very cool to me, so in the end, I just went with it.

Why did you decide to use astrology in the series?

The series arc loosely parallels WWII, so I needed an ideology that my fictional regime would use to repress and demonise certain people. Hitler supposedly had a strong interest in the occult, which felt perfect to me. The use of astrology to control a populace would be so terrifyingly random – “the other” being demonised could be literally anyone.

Were you inspired by current events in writing the Broken world?

Actually, no; I thought I was just writing a distorted take on WWII. I finished Black Moon’s first draft in early 2016. It’s been a bit unsettling to see certain parallels emerge between our modern-day world and my fictional one. I seem to have a crystal ball I didn’t know about.

In the series, you imply that humanity is doomed to always repeat its mistakes. Do you really think this is true?

No, I think there’s always hope, and that education is key. But I also think we humans are very flawed as a species – which is of course what makes life so interesting, yet at times so tragic. If we ever evolve beyond that, I imagine it’ll be a long way into the future! Meanwhile, fiction (both writing and reading it) is a great way to explore the human condition and find our place in the world.

I wanted to explore the idea that sometimes you don’t know someone nearly as well as you think – and also that you can have an intense first love that doesn’t work out, and you know what? That’s OK. You move on.

Do Hal and Percy get back together?

I think they do, though they probably don’t last forever – they’re both still pretty young. But it’s a good first relationship for them both, and they stay friends.

What happens to Kay Pierce?

I picture her in a nightclub somewhere in Bolivia, drinking cocktails and smiling sweetly at the next sucker as she reads their palm.